From fish staircase to a human staircase

With it snowing here yesterday, it reminded me of the much heavier snowfall, we had suddenly, in March 18. Early last year I was asked by a company called Fishtek, if I could profile some oak sleepers, to be installed in a river as fish stairs. I must be honest, I thought they were pulling my leg; I had never heard of fish stairs. But it is true; Fishtek's whole business is fish access systems!

The job mainly consisted of profiling and drilling oak sleepers (lots of them!), to be installed in the Calder valley in West Yorkshire. The water levels are much lower than they were historically, so the idea is that the 'fish stairs' deepen the channel allowing the fish to go hither and thither.

The arrangements were that the sleepers would be delivered to the workshop, I would process them, then they would be picked up again, to be installed in the Calder by Fishtek's engineers. When I discovered that they were planning to have them delivered on a 28-tonner, I told them I would pick them up from their yard. Then the snow hit. 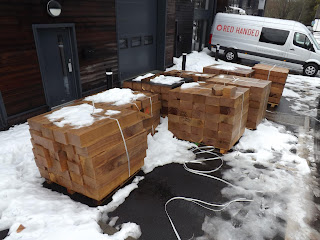 Prizing the sleepers apart, which were frozen together. 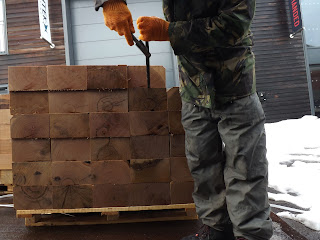 So while Devon went into late hibernation, Jon beavers away processing a load of fish stairs. 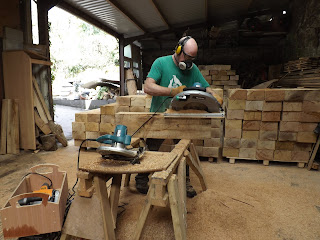 Until the roads were becoming impassable. Time to head for home. 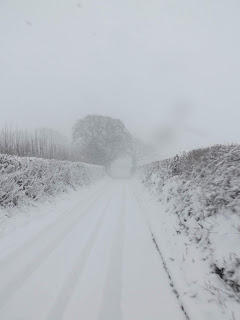 So whereas most vehicles without 4wd were getting stranded by the roadside, my van made it through, largely down to the weight of the fish stairs in the back. 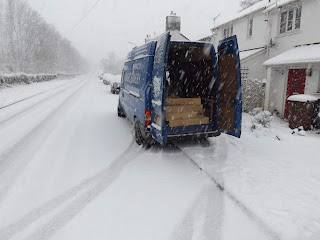 It was good timing; I was able to break through the ice to stop my fish suffocating. 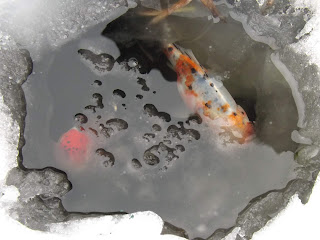 And later in the day, to see the only visit ever in our garden, from a fieldfare. 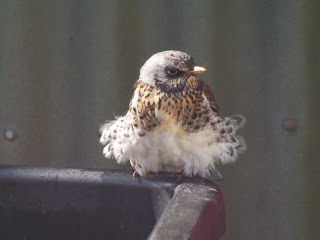 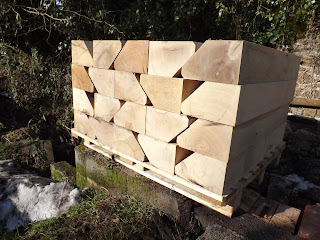 And here they are, installed in the river. 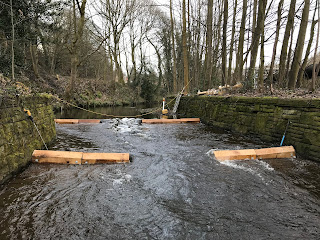 Last summer then saw a fair bit of window repair. 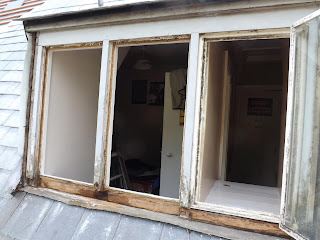 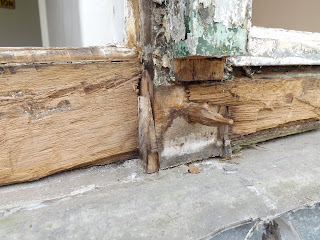 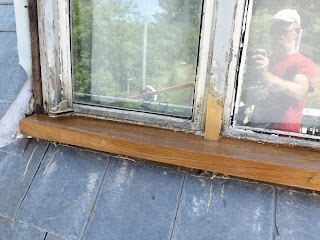 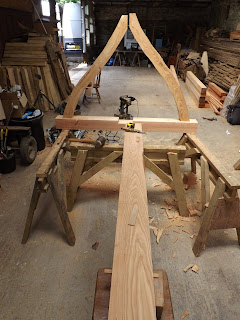 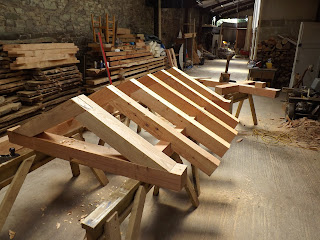 All the usual window/door making and installing. Full service from manufacture to installation (unless it means standing in a freezing cold river with waders on). 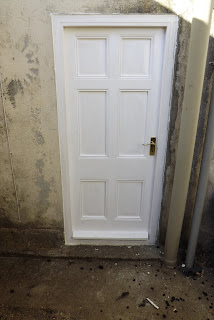 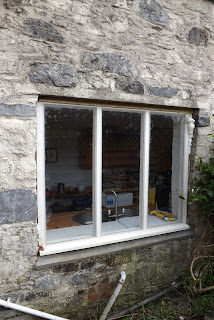 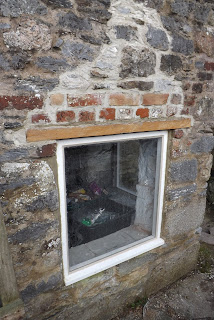 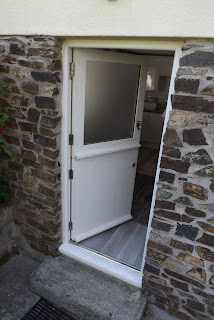 And then recently we were asked to make and fit some human stairs. 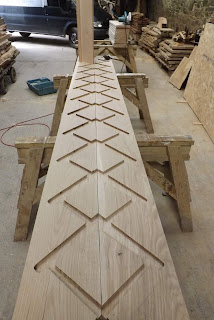 Fabricated in the workshop. We had to build this on site, because access was tight. It went really well. We were very happy with the finish, as was a very satisfied customer. 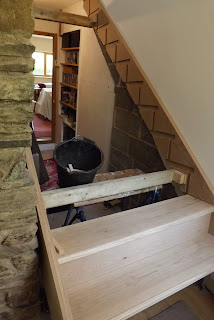 Onwards and upwards (for fish and man alike).
Posted by Rivers Joinery at 16:45