From Harry Hems to Sleepy Hollow

In October I went to a lecture by Dr. Sue Andrew in Exeter on Harry Hems. It took place in this building, which was Harry's workshop in 19th century Exeter. 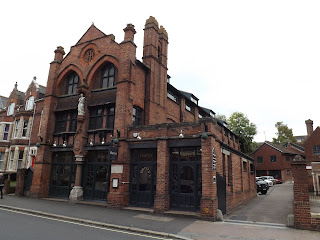 He employed over 40 staff; woodcarvers, stonemasons and others. They worked on church restoration and new carvings all over Devon and the south-west. The workshops were full of Harry's extensive collection of original medieval stone and wood carvings which his staff could refer to for inspiration. Harry himself was a roguish character, who frequently had run-ins with the authorities, but was a hard taskmaster to himself and his employees, producing some amazing work. Sue is very knowledgeable on her subject and has done a lot of research on the Three Hares motif found in many west country churches and it's origins.

In the afternoon we progressed to Exeter Royal Albert Museum (RAMM) where we were shown some items from the Harry Hems collection. 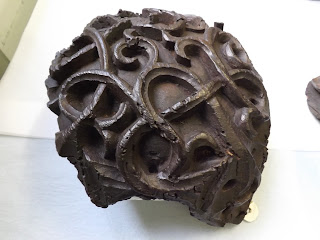 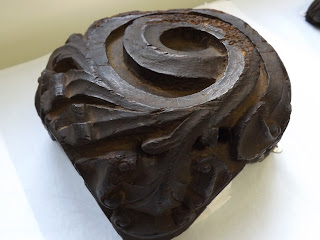 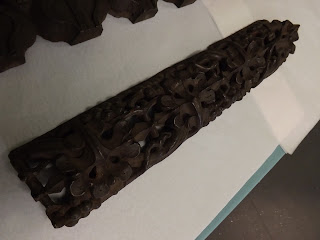 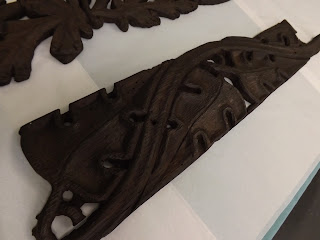 My two carved panels were in Exeter Cathedral Christmas exhibition in November and December. Unfortunately didn't get a shot actually in the cathedral. 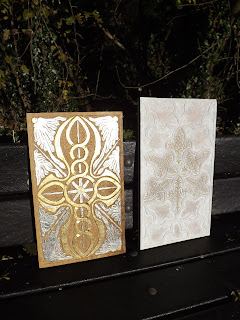 I have had some bowls at the Grain Gallery in Sherborne for a few months. That exhibition ends on the 31st January, but the gallery is keeping my work on, I guess because it is selling. 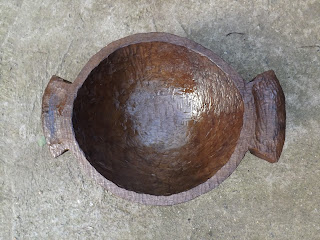 I have been experimenting with bronze finishes. 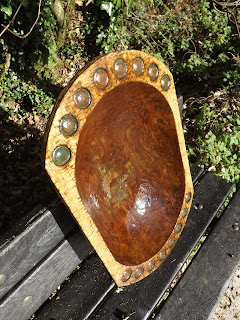 And some other bowl making. 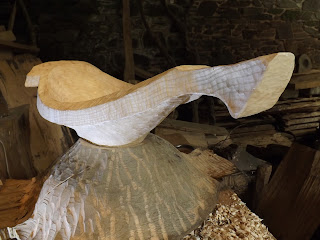 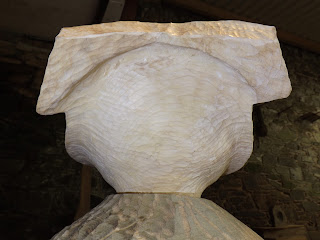 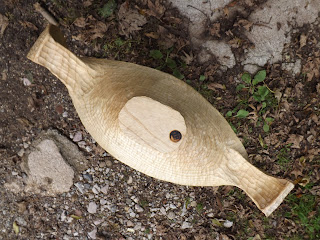 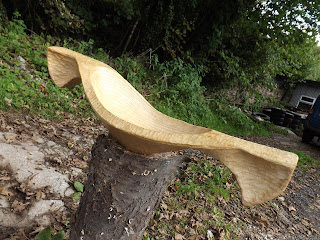 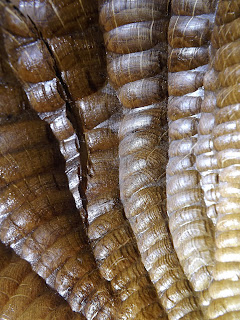 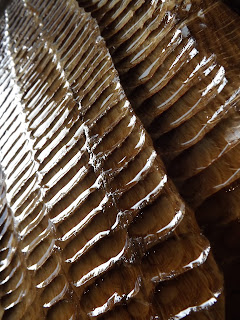 To domestic work. I was asked a few months ago to visit a house and replace/repair a few floorboards. 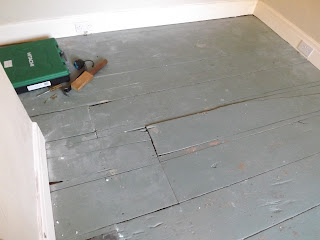 On lifting the boards it was clear that they were heavily wormed and also some damage to the joists underneath. 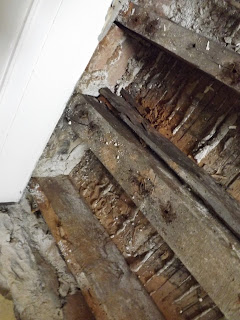 On closer inspection it was apparent that the joists were pit-sawn oak, original to the house and supporting a lath and plaster ceiling down below. The clients decided they wanted a new solid oak floor laid on the joists. So the joists were treated liberally with boron, when dry injected with resin to consolidate and repaired and splinted where necessary.

The door of the room was not in a great state. 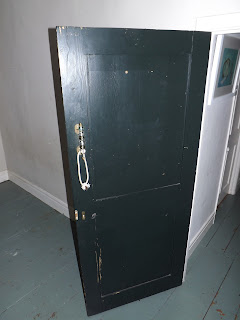 So a new one was made from prime oak, and with the rather smashing Jim Lawrence lock, matches the new character oak floor splendidly. 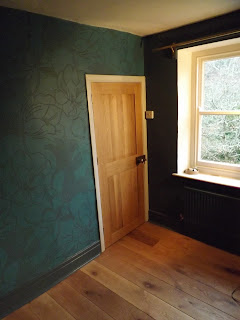 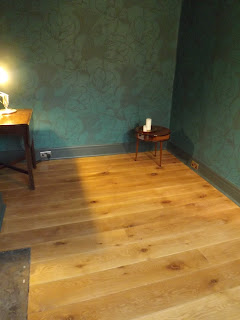 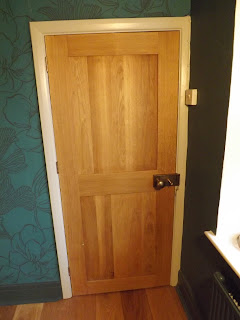 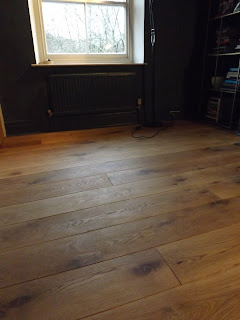 The client also had a chest of drawers which had some family history. It was in a poor state, handles missing, drawers difficult to open etc., but was once part of a much bigger dresser of some age. 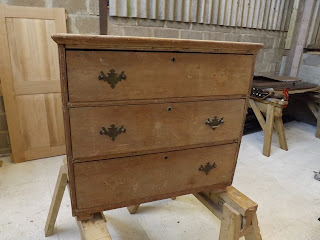 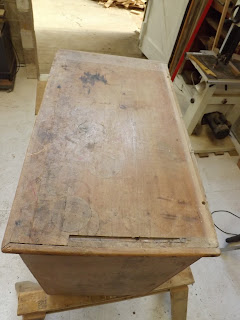 The clients didn't want to lose it's 'character', and it had been chopped about a fair bit so we cleaned it up a bit, mended and waxed the runners added new handles and gave it a wax and polish. A new rail was added to hide where the back of the dresser used to sit. 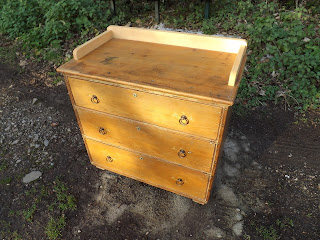 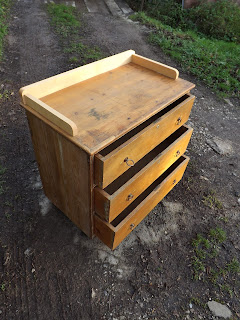 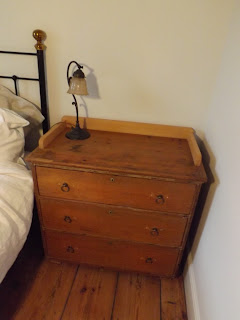 A few windows we have made lately. The arrowhole. 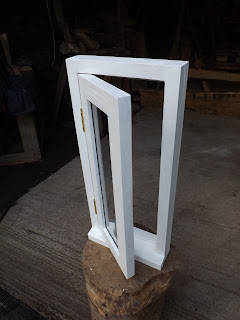 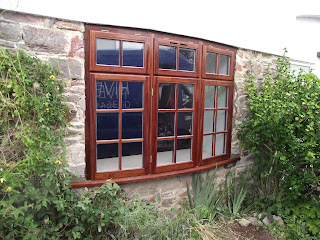 Meanwhile back at Sleepy Hollow. The old land rover gets devoured by the brambles..... 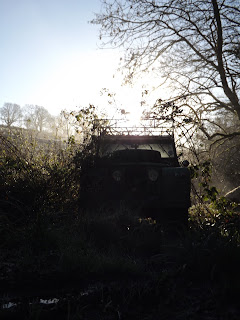 ...and another bowl is hewn and hollowed. 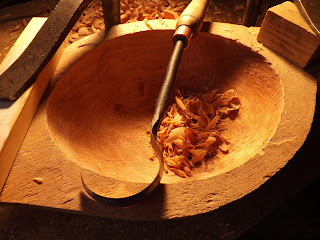