Now where was I?

I haven't done anything to this chest in a few years. I drawbored the front together last time I was working on it , but the rest was in bits. So today was a bit like I had been and bought a 17th century riven joined chest Airfix kit, and all I had to do was assemble it. 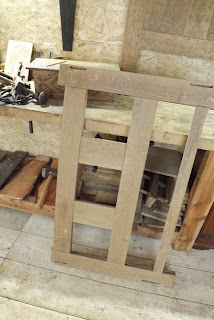 An airfix kit which I had made earlier!

The stile grooves were already ploughed. I marked on the rails and muntins with chalk, so I knew which side I was grooving when dis-assembled. It's fairly obvious because the back side of this furniture is not dressed as well as the front, but after a 3 year hiatus, I don't really want to start back at the beginning 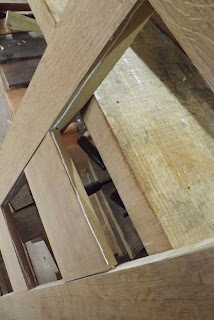 Then secured the framing members against the planing stop, using the bench screw and holdfasts for extra stability. My plough plane had the right iron and was set right; this was the last task it did, so that's no surprise. Neither was the accumulation of dust on it! 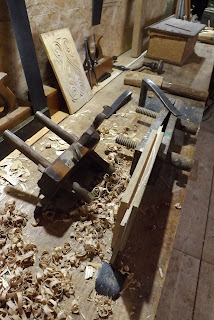 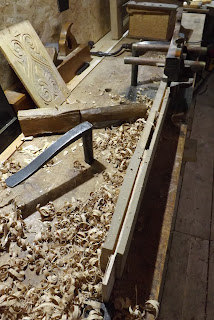 I had to sort through this pile to find the panels. There are most of the pieces for this chest, and the beginnings of a smaller one. 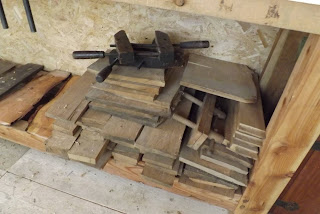 Then I dressed the front and chamfered the back down to fairly thin, to fit into the groove in the frame. 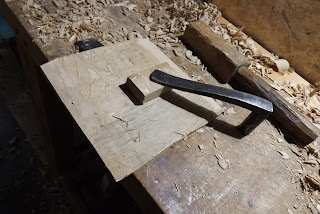 First panel in the back. 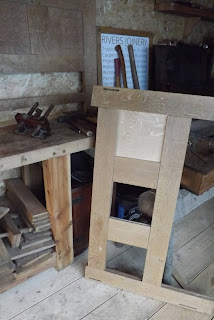 It was blowing a gale this morning and lashing down (across) with rain. So I lit the burner, tidied the bench and while the sheep stood out in the field getting wet, this harvestman and I took shelter. 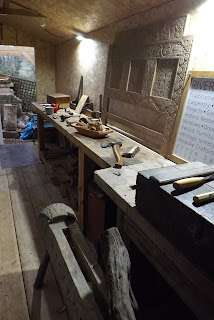 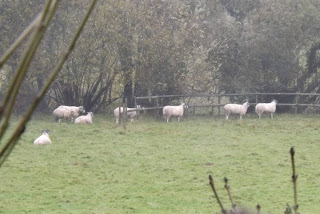 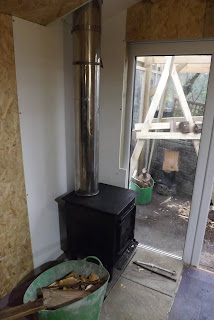 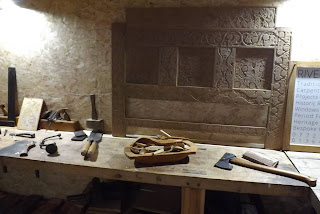 After a while I got bored of looking at the wet sheep, so I carved some black walnut spoons. 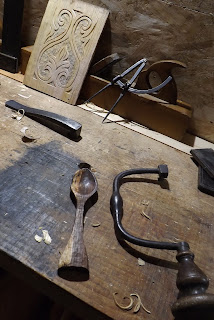 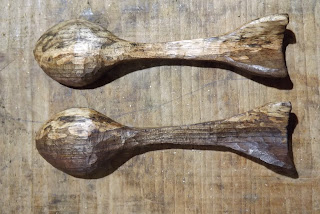 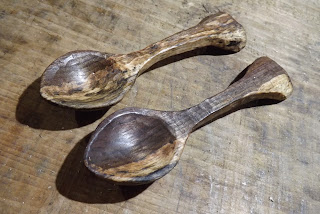 Posted by Rivers Joinery at 17:02 No comments:

Waste not want not

Last week's attempt at making chestnut shakes was in vain. The customer has decided that they want sawn shingles instead, which leaves me with a pile of flat pieces of riven chestnut. 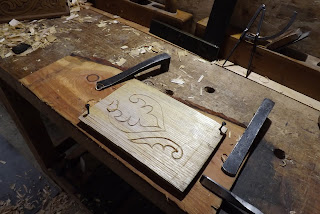 I've not really been able to do any riven, joined furniture for the past few years; we've been moving house and sorting that out. And of course all of the everyday work. This summer I have been building a dedicated hand tool workshop, and now I have my bench and tools installed, time to crack on. First on the slab, this piece of chestnut. 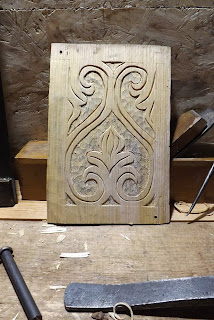 Posted by Rivers Joinery at 16:08 No comments: 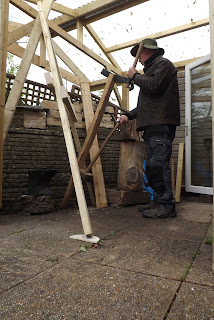 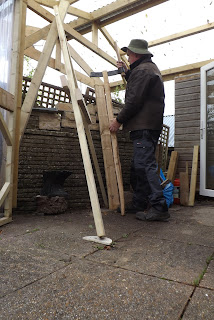 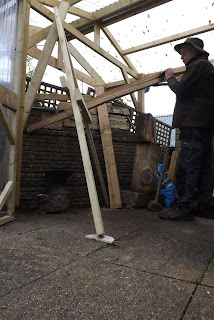 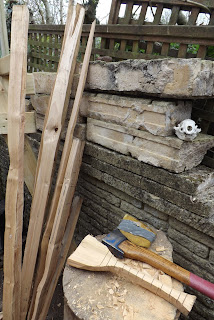 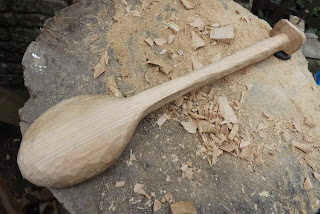 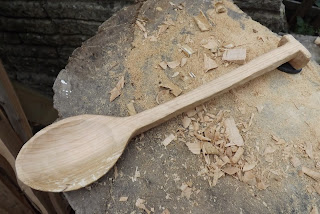 Posted by Rivers Joinery at 19:56 No comments: 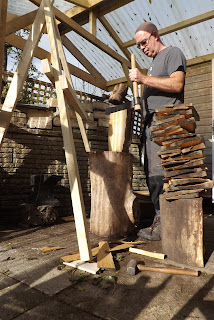 After splitting the round of sweet chestnut, on the horse chestnut chopping block. Maul in the giant's froe and into the riving brake. 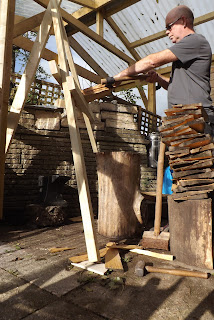 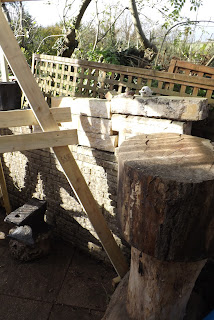 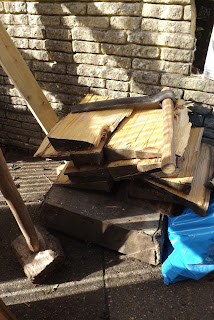 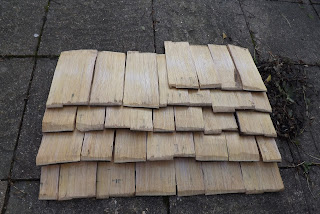 As I finished the sky was darkening and rain starting once more.
Come little leaves said the wind one day
Over the fields with me and play
Put on your colours of red and gold
Summer has gone and the days grow old
Posted by Rivers Joinery at 08:45 No comments: