There has been a bit of a break from the carving on this chest. I jumped the gun and carved the front panels several weeks ago now, but then realised that several framing members which I had prepared earlier had worm in them. New stiles knocked up. Rewind.

Back to the point where I can start carving again. The top rail on the photos I took of the Dennis chest seem to have no layout showing. I am assuming that the carver must have at least laid out the centres for the flower stems at equal distances along the rail with compasses. 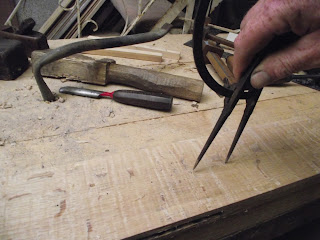 Then chopped with a gouge the flower centres and intermediate circles. The rest appears to be freehand with the v-gouge. 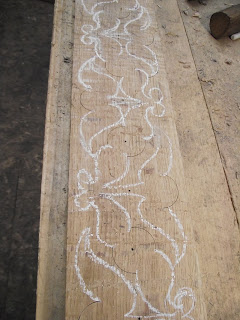 I am roughing out the freestyle bits with chalk until I get used to this pattern. 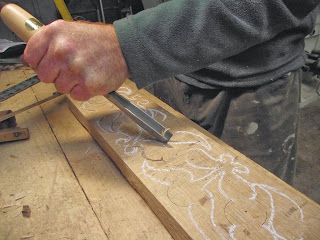 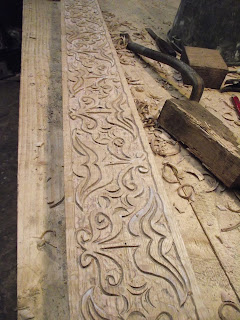 Background will need matting, chamfers and some punch work still to do tomorrow.
Posted by Rivers Joinery at 19:58