Yesterday's first task was to make a much needed clothes shopping expedition to Exeter for the family. It was never going to be easy, but we survived and even managed to buy some British made clothes! It was a great relief to escape the hustle and bustle of the High Street and enter the tranquility of the courtyard of St. Nicholas Priory. The peace itself was enough reward, little did we expect the extra reward of seeing the treasures within.

St. Nicholas was a medieval priory up until the sixteenth century when it  was dissolved and became a private dwelling for the Hurst family. Subsequent centuries saw it fall into disrepair. About a hundred years ago, faced with demolition, it was acquired by Exeter council and turned into a museum. It has now been restored to its former glory as an Elizabethan family home. 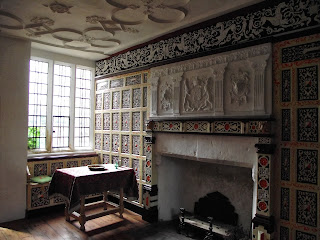 The original panelling was lost but this panelling in the dining room was brought from a property on the High Street and has been surmounted with a mythical beast freize. This frieze is a reconstruction based on the remains of paint on the huge panelling of the Great Hall upstairs. 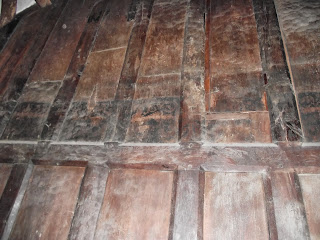 Various pieces of joined furniture have been made new to compliment the originals. Such as this wainscot chair with William Hurst's initials. 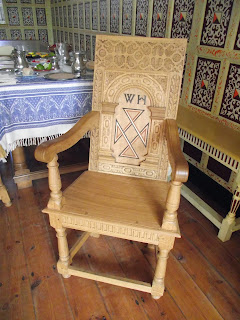 And this livery cupboard with strapwork. 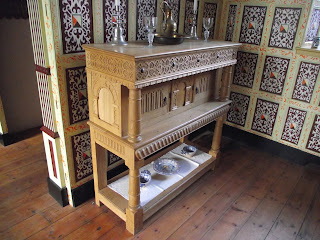 So busy checking out the furniture I missed my daughter miraculously transform into an Elizabethan lady. 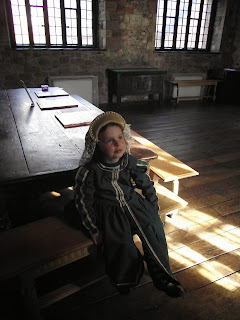 Some great original joined chests, not sure they are quite Elizabethan though but not far wrong. 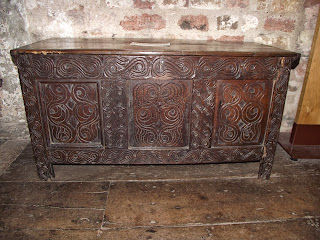 Love the birds on this one. 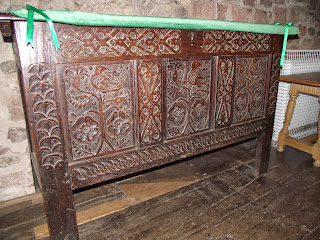 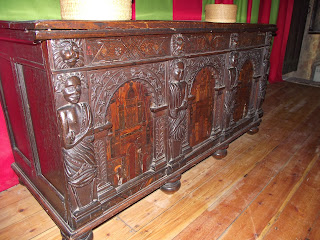 And a tester bed. 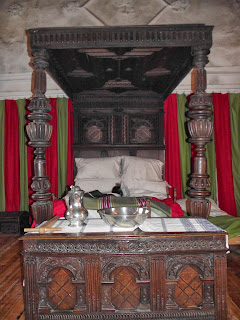 The wooden stuff was great but so was this plate. 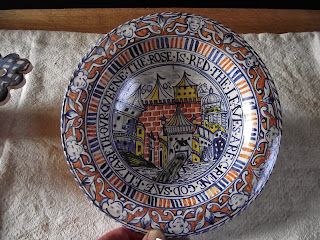 Knowledgeable staff and the tranquility of the place make it a joy to visit. Bethany and Mum enjoyed the dressing up too.