Weald and Downland Woodfair and a Saxon Hall

Summer solstice weekend saw me at the Weald and Downland Museum in Sussex. A perfect place for a Wood Show, set amongst 50 odd (mainly timber-framed) buildings that have been rescued and reconstructed on site. 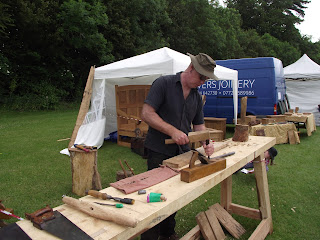 I augered out the holdfast holes in the top of the new bench. The holes were fractionally too small, so needed widening slightly with a gouge. I spent both days demonstrating all day long. I prefer that to having a demonstrating slot, I just potter along working as I would in the workshop and only launching into joinery banter when asked questions.

There was a fantastic horsedrawn timber forwarder which has been made for the museum recently. 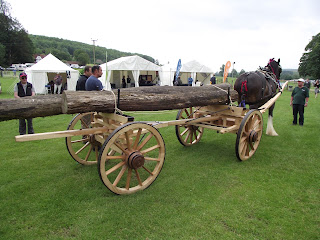 My neighbours had these beautiful dugout boats. 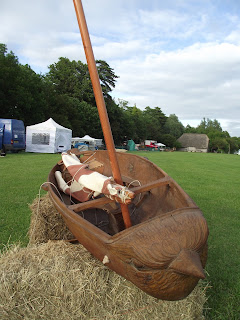 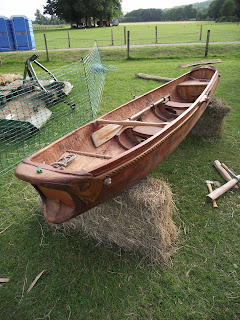 The museum started a project eighteen months ago to build a Saxon hall, based upon archaeology found at Steyning. The project is being built by Joe Thompson, museum carpenter, with input from some eminent experts such as Damian Goodburn. Oak and sweet chestnut were hand-hewn last winter by curator Julian Bell.

I stayed on for a couple of days to help get the carpentry off to a good start. It wasn't my first Saxon build, but certainly felt the most authentic. 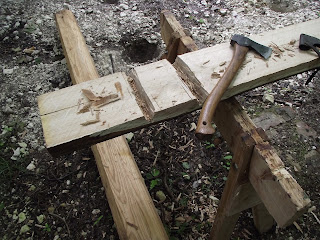 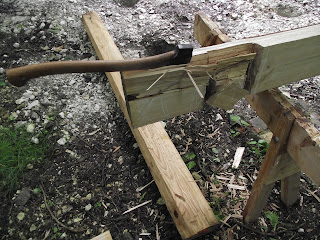 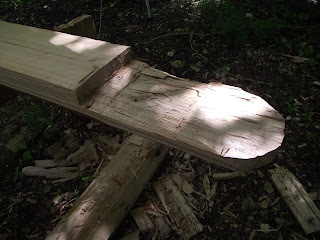 Some used 'mortice axes' for chopping mortices or 'locks'. 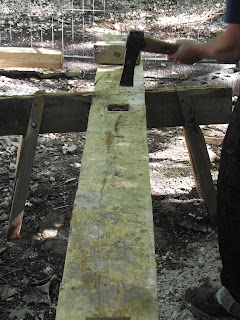 I used my small forest axe because it is so versatile. I reckon if a Saxon had only one tool, it would be one that could do many different jobs. 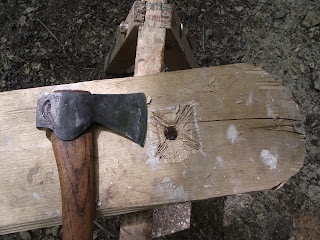 I soon realised that chopping down the sides of the mortice was bad, chestnut likes to split more than oak! I solved this by using diagonal cuts to sever the fibres, only slicing along the grain to clean up. 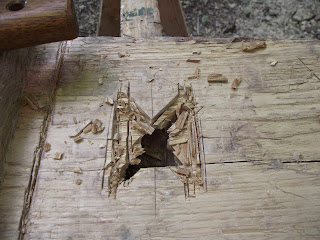 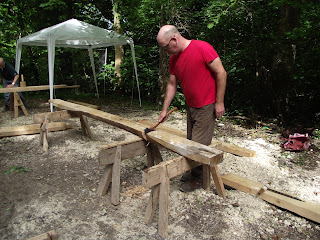 The building archaeology at Steyning consists of post holes. It is supposition what was going on above ground. However, a lot of timbers have been excavated from the mud of the Thames which demonstrate a Saxon carpentry which was the forerunner of medieval timber-framing. So the joints and methods we were using here are not without precedent.

This is the wall plate, which will interrupt and clasp the door frame, and be fixed with a wedged trenail. 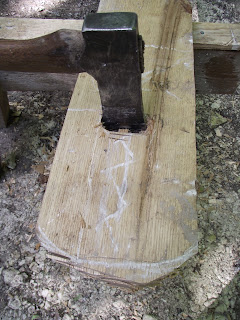 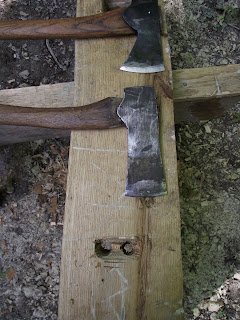 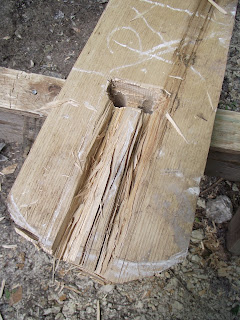 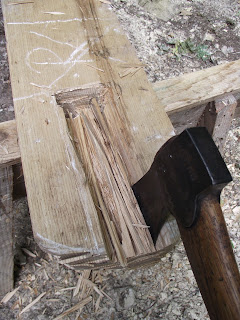 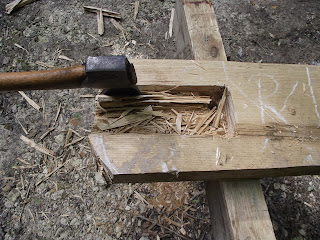 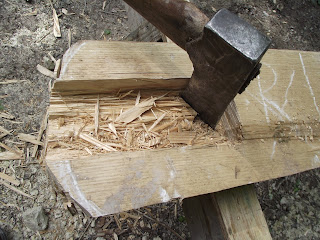 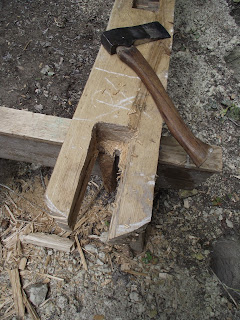 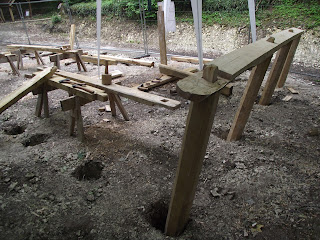 Door posts and lintel in. 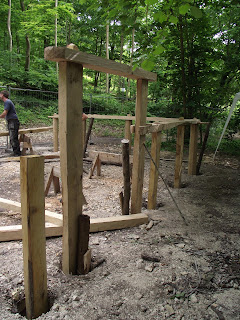 Not bad for two days work, a lot of it in the rain. I am sure by now, a week later, with many willing hands the hall must be nearly finished.