I have been too busy to post lately. At the end of July, Peter Follannsbee came over the water to run a Carved Box course with New England Workshop. You kind of had to be there...or I did. 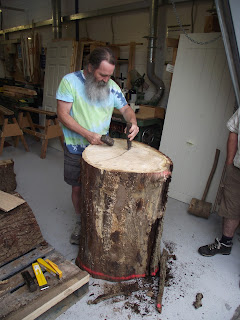 Lots of fun, Peter showing us how it is done. 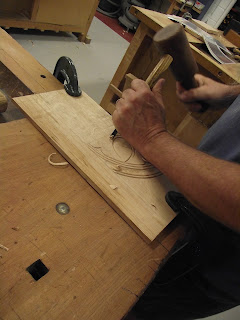 I've never seen any of Peter's dvds, so it was great to see him carving in the flesh. 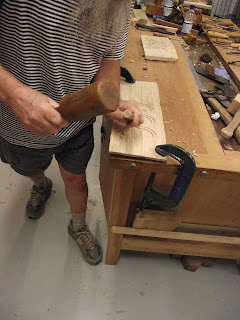 One evening we went on a field trip, stalking old oak in churches around the Somerset countryside. 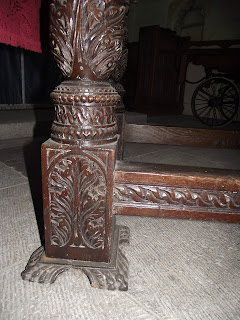 Up the bell tower. 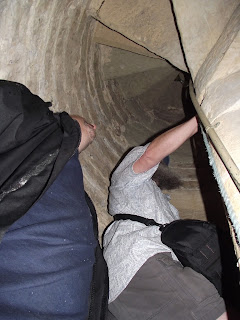 To look down the bell tower. 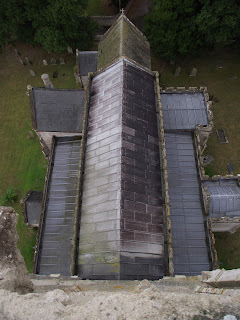 To look at the old bell framing. 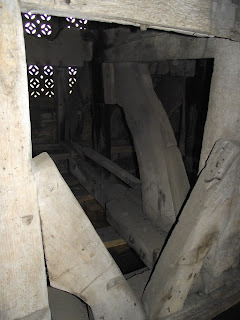 And a carved pulpit, which wasn't oak. 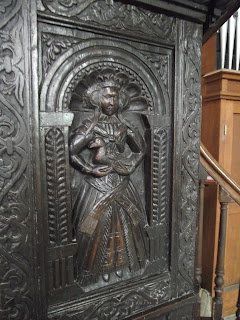 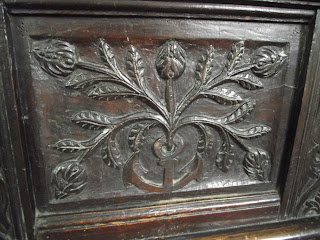 A couple of boxes made on the course. The chap's on the bottom shows promise! 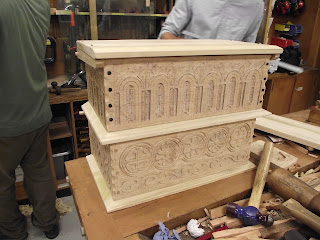 I have been making stairs and cabinets etc. 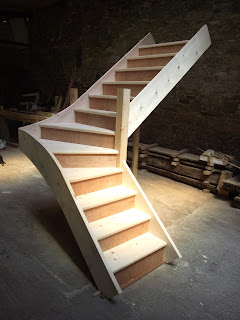 And converting a chunk leftover from Peter's course for a new chest with drawer. 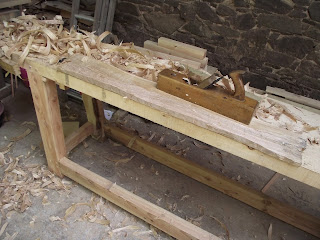 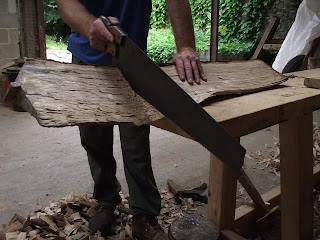 We've been on family camp, where there was a lot of this. 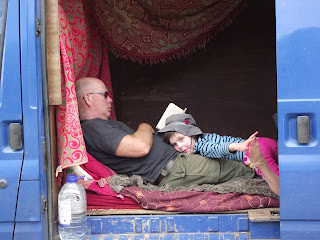 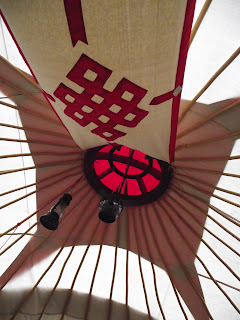 But couldn't resist some of this. 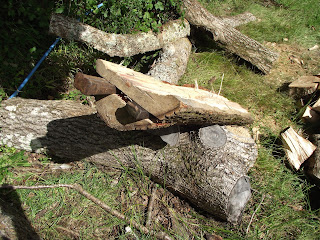 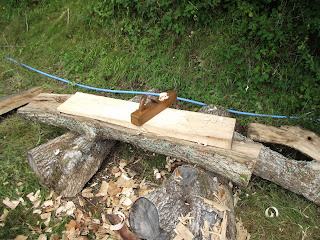 A wee bit of carving. 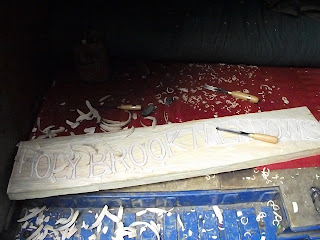 And a new sign for the camping field gate. 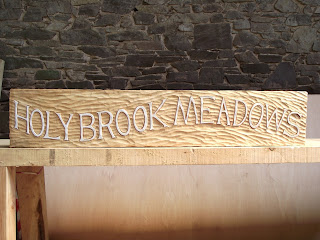 My first real attempt at forgery; some gimmel hinges for the big chest. 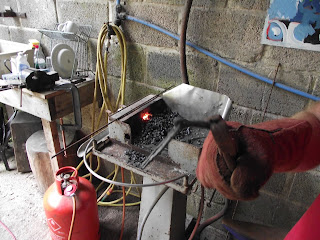 I have noticed some gaps appearing in the floor of big chest no.1. They apparently weren't dry enough before I installed them. So it is out with them, cut a new end board wider than the last, and back in with the middle spreader board, before re-nailing and making the chest rackless once more (will have to be careful to allow the floorboards dry enough next time). 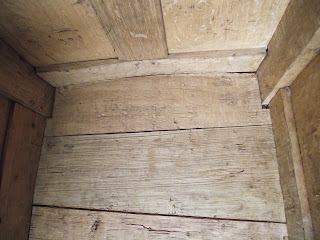 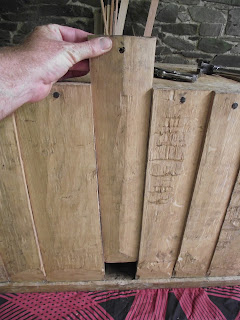 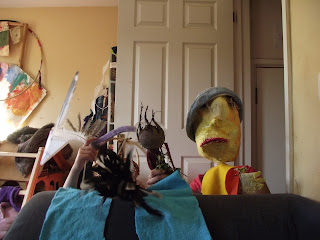 And off to Cressing Temple Barns for the European Woodworking Show. 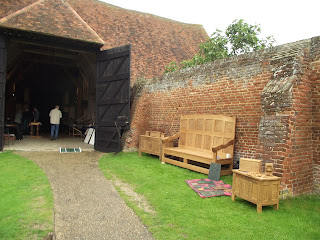