I have recently been working, after a considerable interlude, on a mule chest (chest with drawer).

I think some explanation as to the why and wherefore of  this creation is necessary, for clarity and by way of setting intentions for the year ahead. The methods used to make it are seventeenth century. Hand conversion of green oak by riving radially, then subsequent axing, planing and joining by use of exclusively hand tools to create a piece of furniture as it was made in the 1600s; in joinery shops across England, Wales, Scotland and New England, USA. English furniture of the time was most likely to be made from sawn oak, New English from riven oak. I choose to use the riven method.

I have previously made pieces which are re-creations of actual 17th century furniture. They have followed the designs and the patterns, true to the originals joiner's vocabulary of learnt motifs. With this mule chest, I am using those 17th century construction methods, and patterns, as inspiration, but creating my own, new, original pattern designs. As though 350 years had not passed by.... 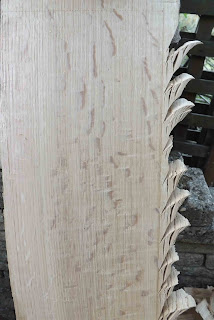 The panels that had been made were not up to scratch, so some more had to be made. Here they are trial fitted. 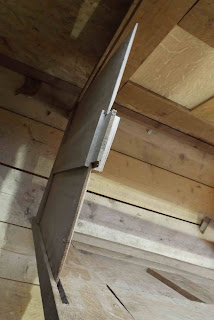 The next task was making the drawer. 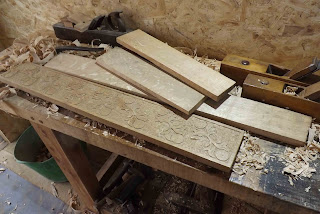 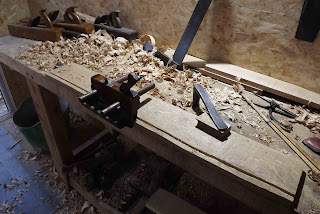 I realised my bowl horse was ideal for ripsawing the drawer rails. 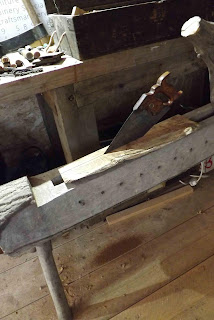 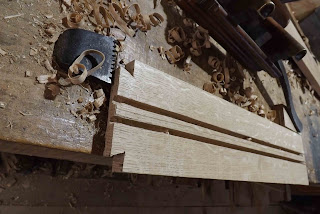 This will slide on the rails, once they have been fitted into the main stiles of the chest. Pre-drilling the back of the drawer, before assembly. 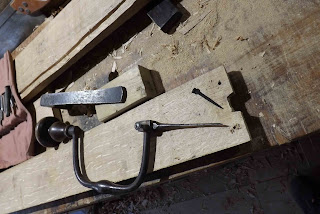 The drawer is simply held against the bench leg, for further drilling and nailing. 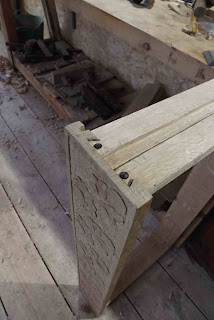 Trial-fitting of the drawer rails, prior to the final drawboring and assembly of the chest. 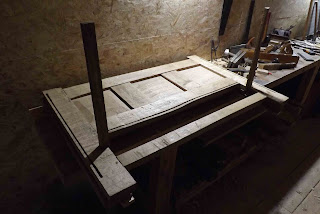 The drawer in the chest. 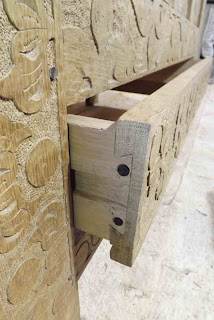