I acquired the usual old bit of iron from the boot sale yesterday. 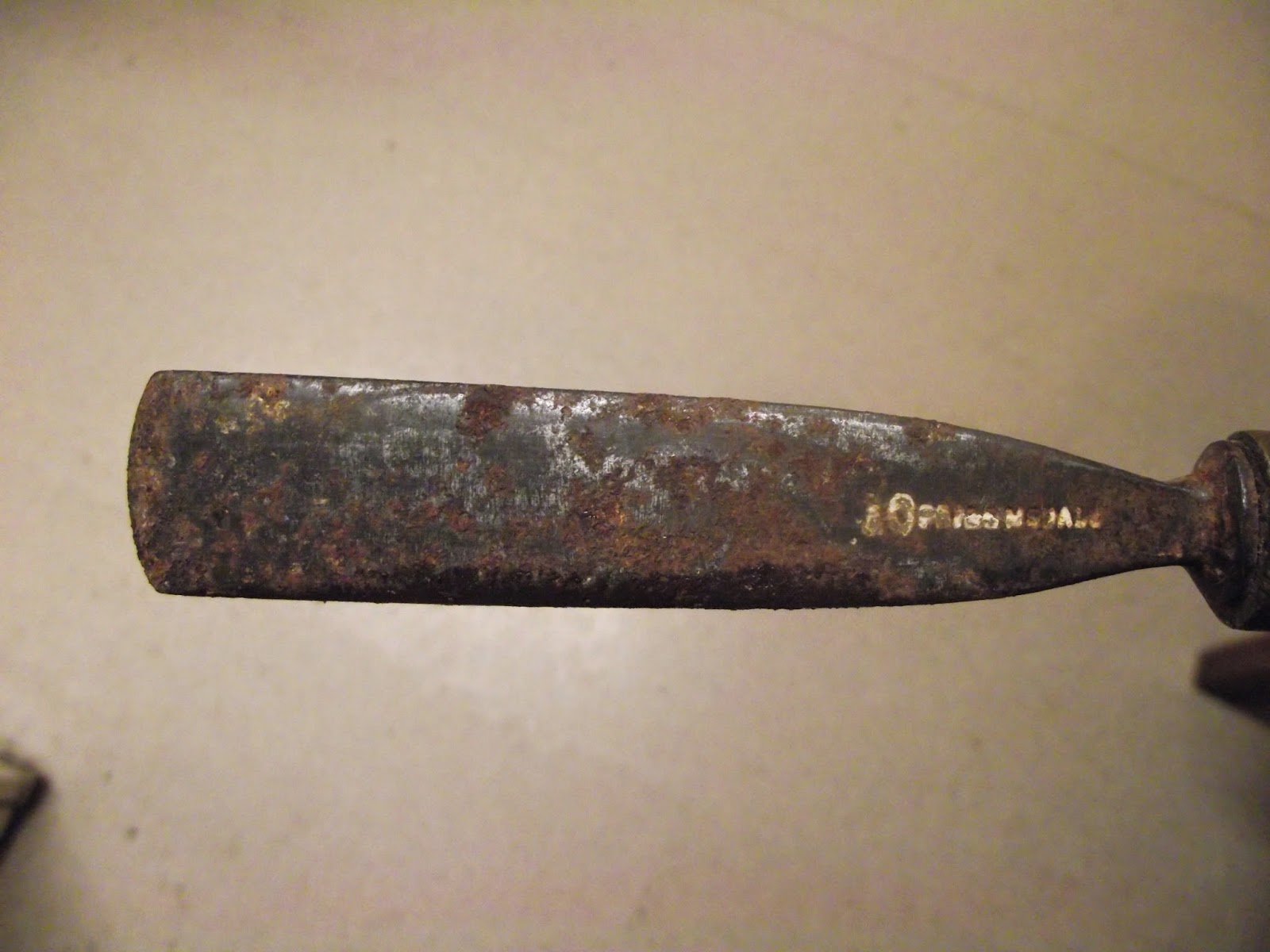 Bethany wanted to go to an "olden days place", so we went to Powderham Castle. It was the last chance this year as it closes on the 30th October. I have not been before, I thought it was not a 'real' castle, but although the crenellations etc. are relatively modern, it turns out that the original structure is over 600 years old.

We went into the chapel before having a guided tour of the main residence (it is still a family home today). Lovely pew ends. 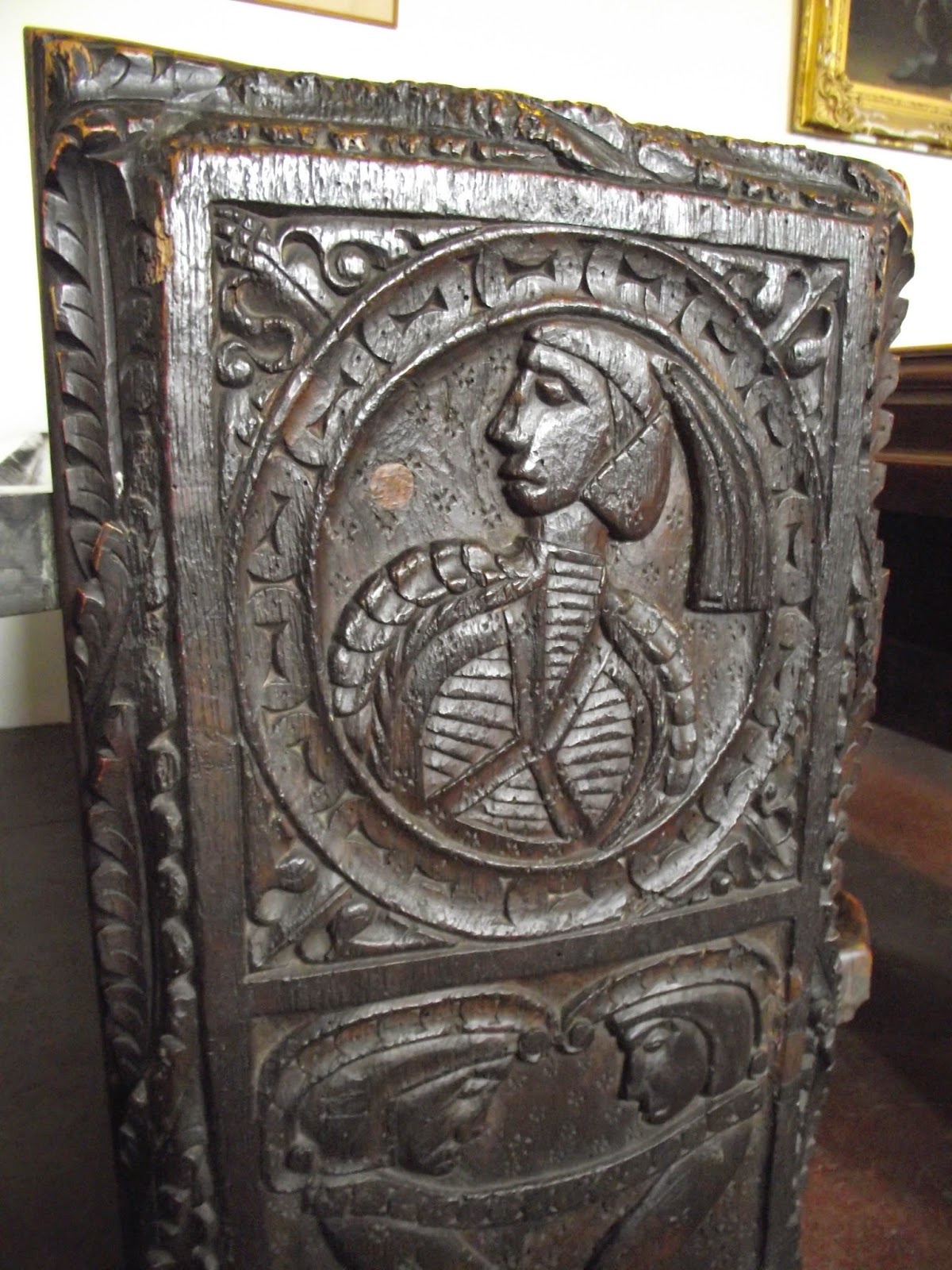 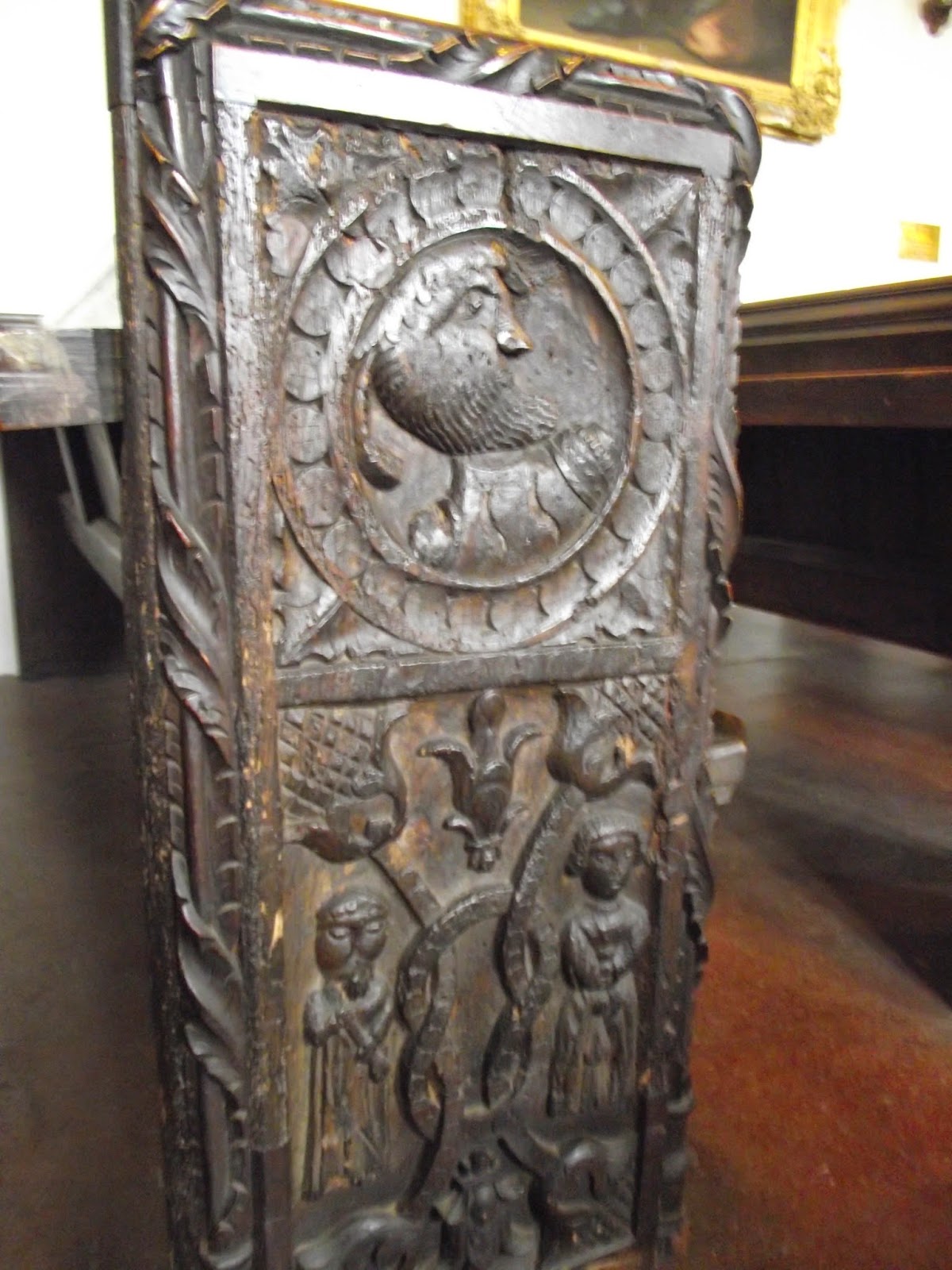 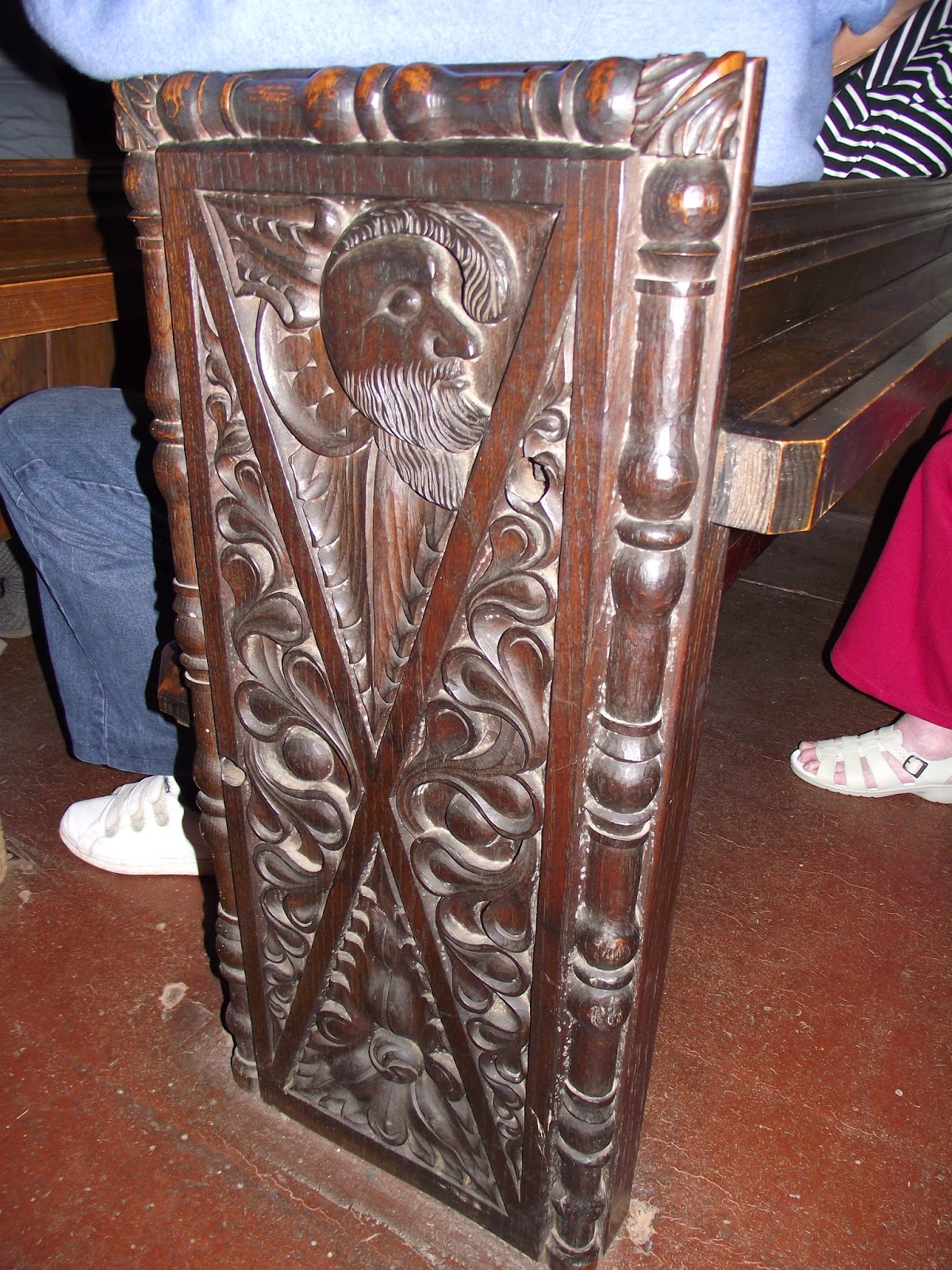 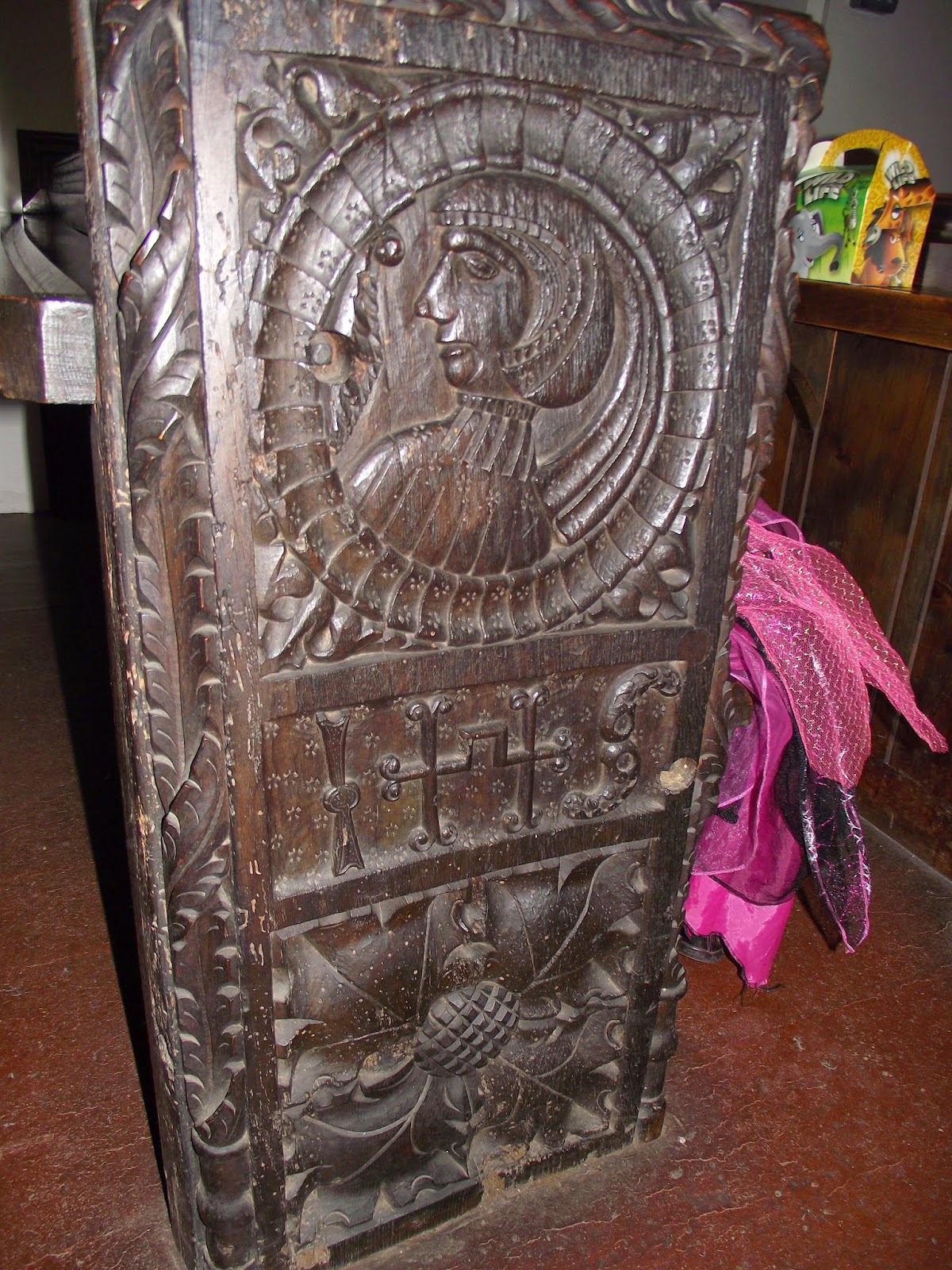 I love the simplicity of this corner cupboard. 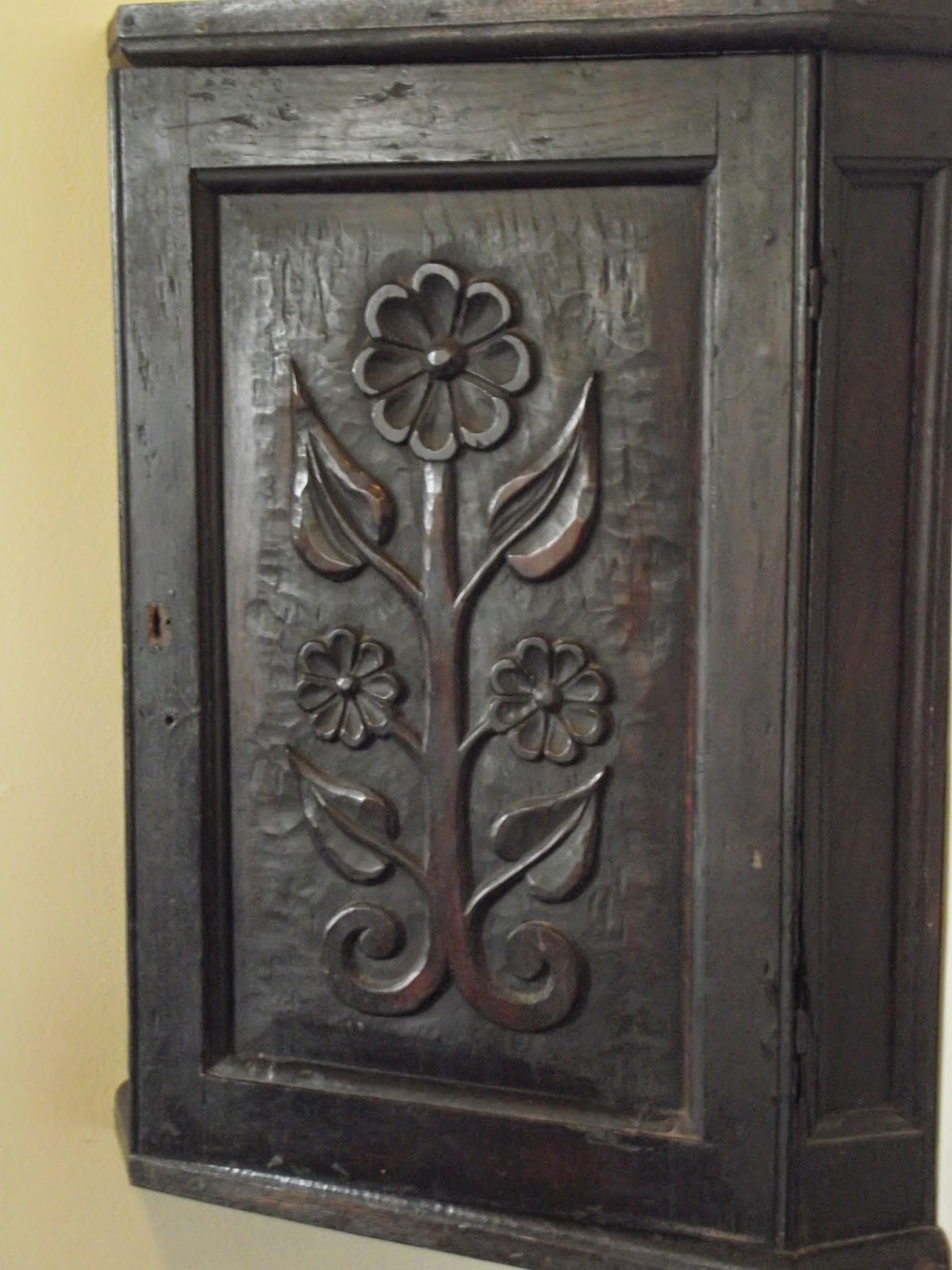 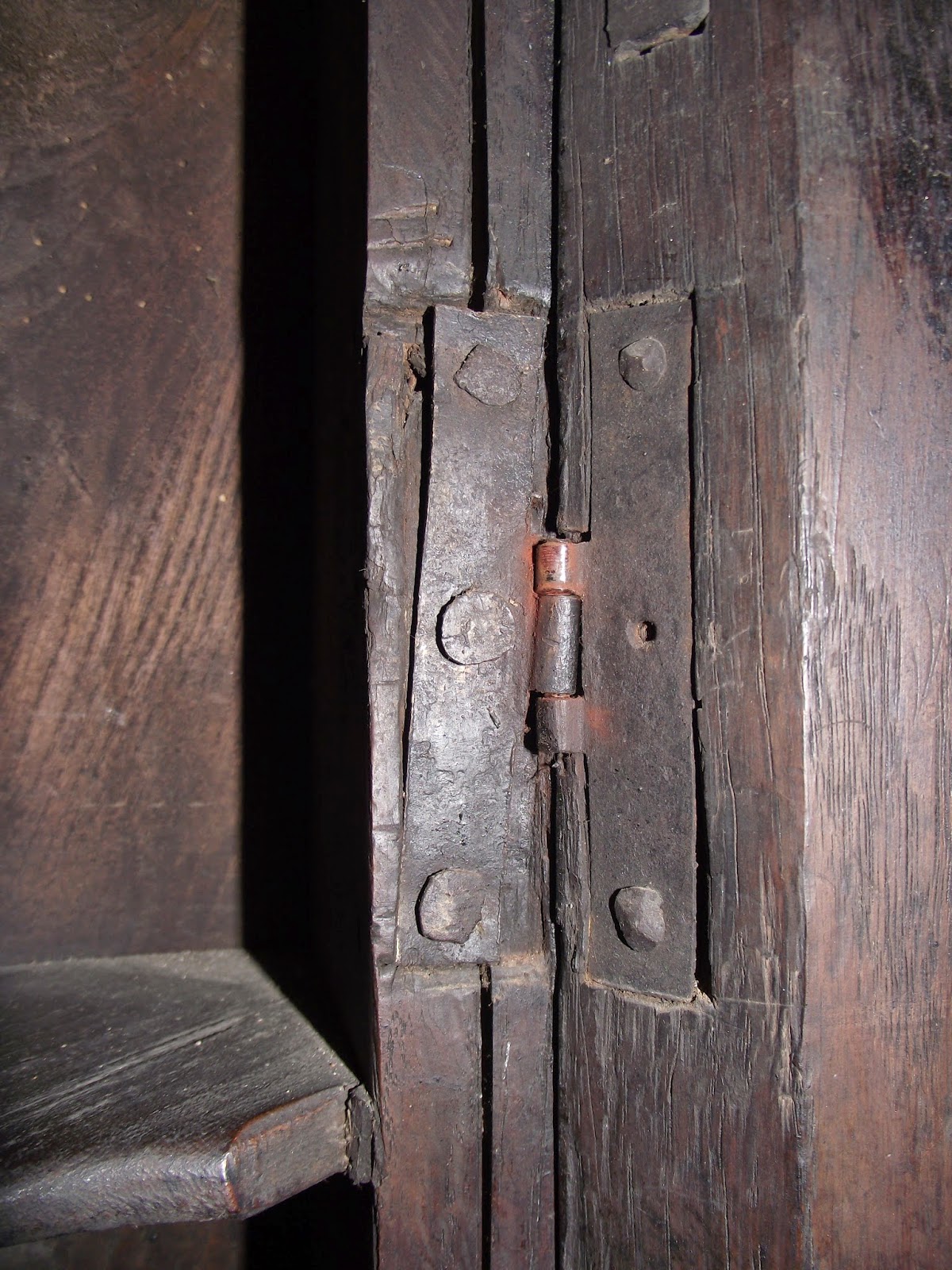 However, the different styles, methods of carving, patinas and subjects made me begin to suspect something amiss.  Back in the chapel foyer. 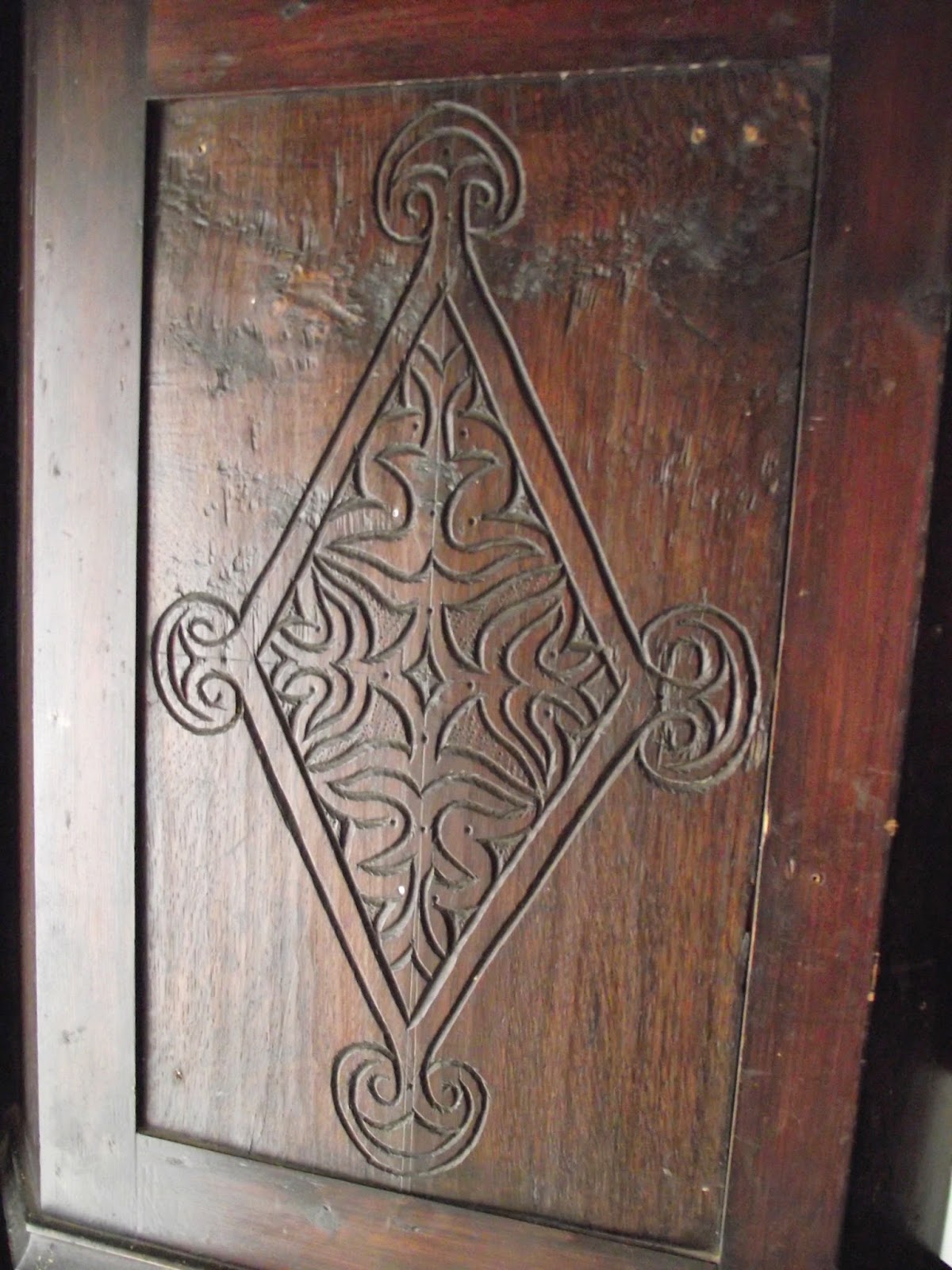 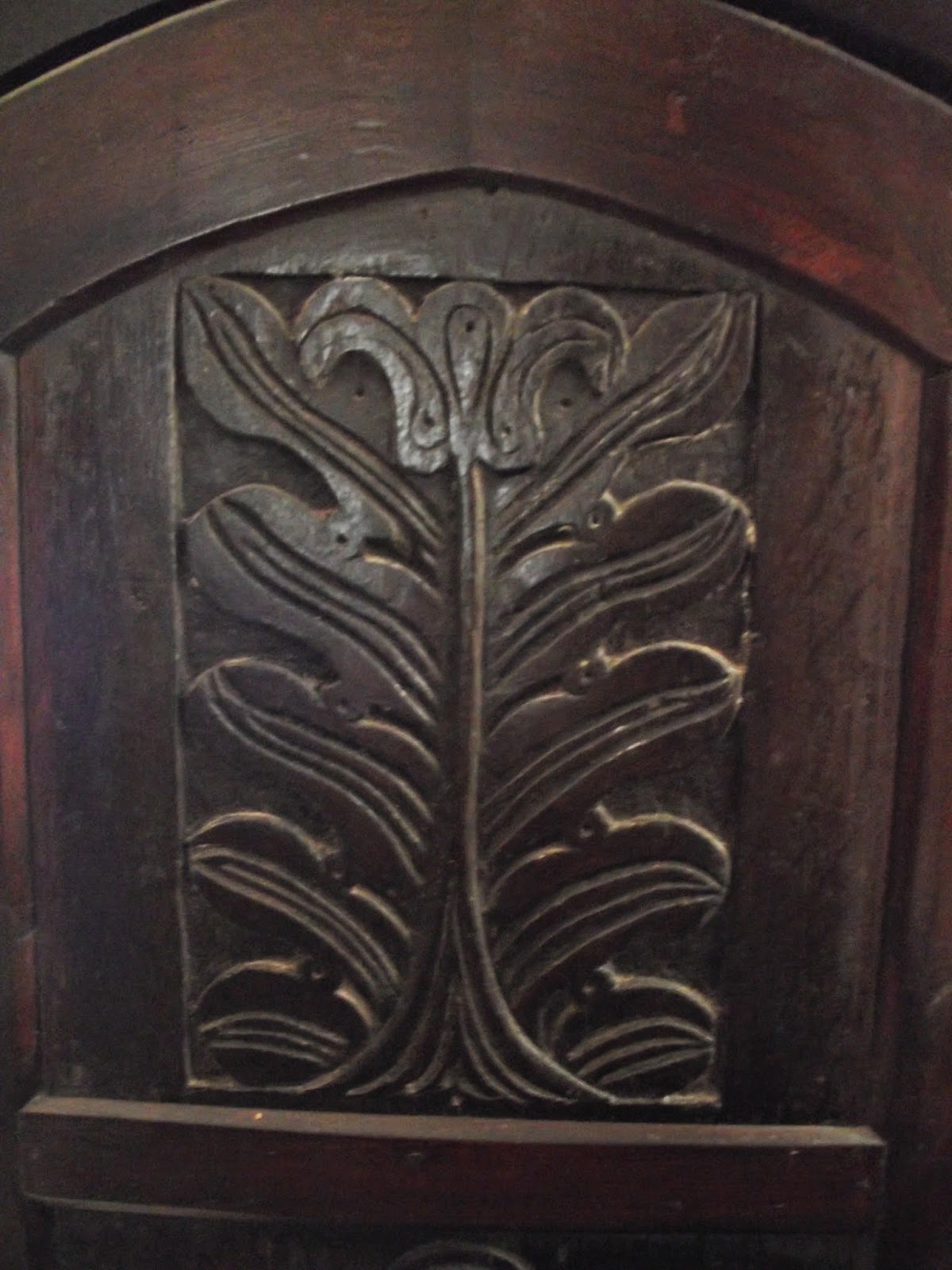 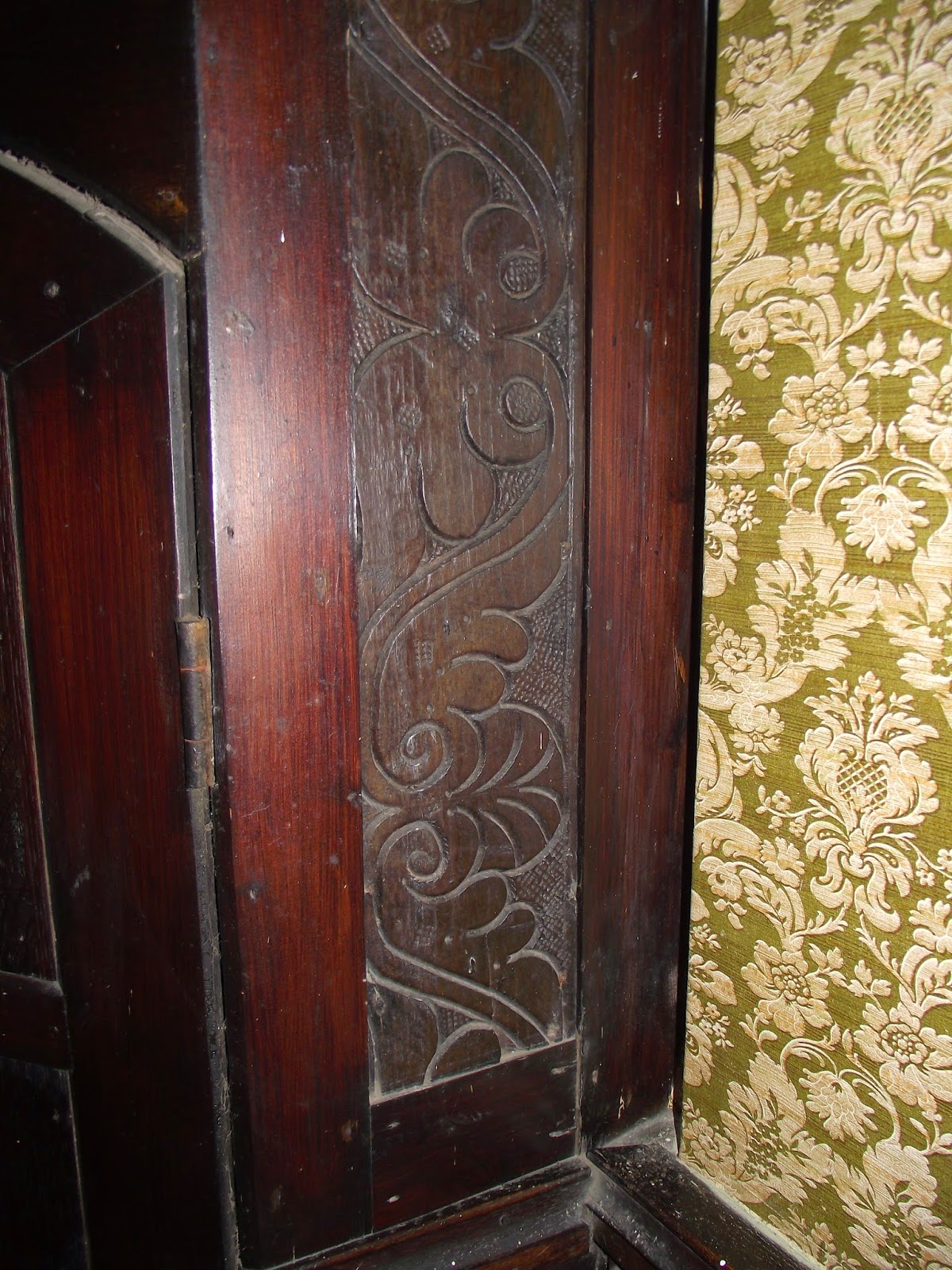 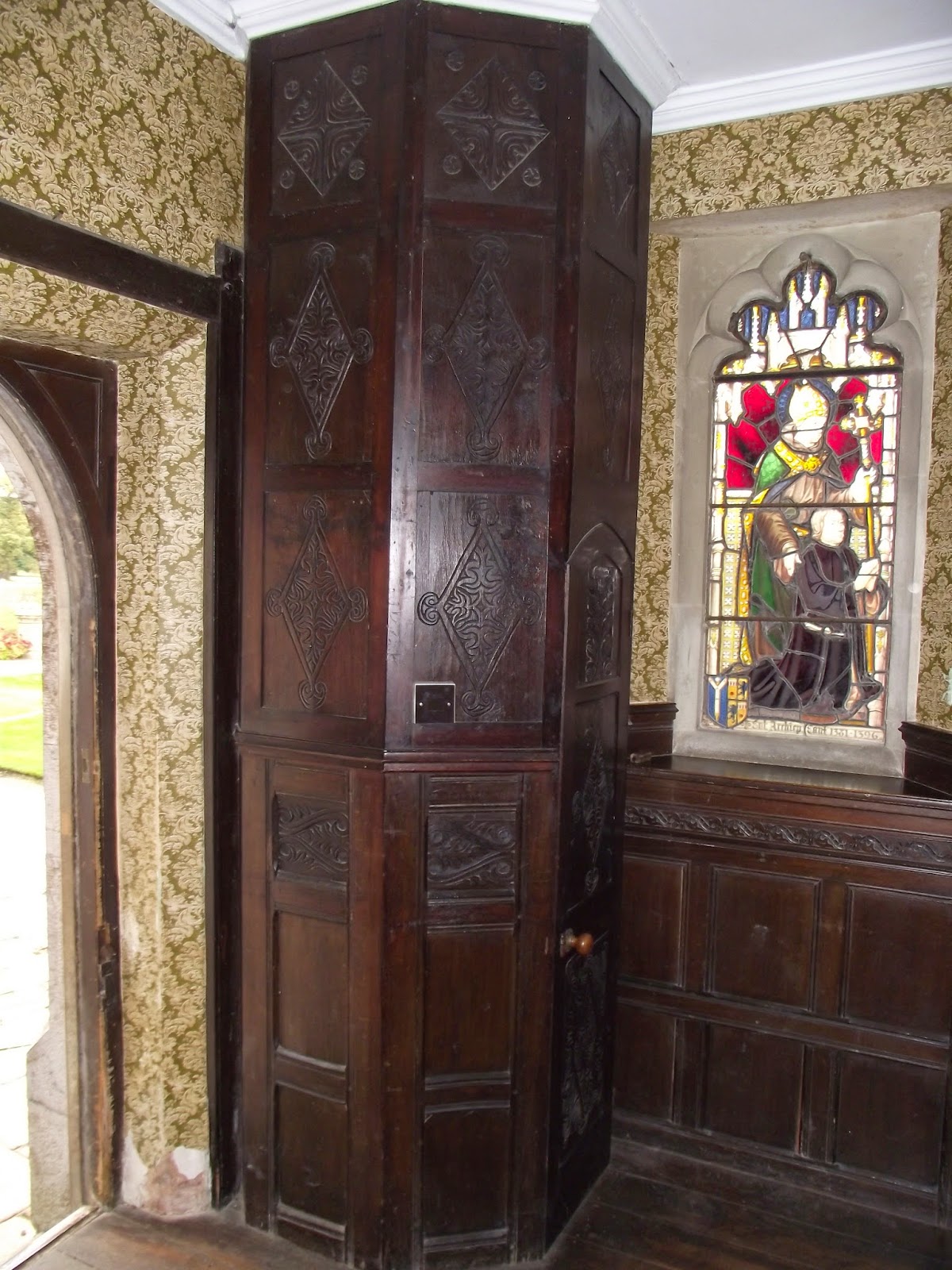 "The peaceful and appealing little chapel was originally built around 1450 as a 'grange' or accomodation for visitors to the medieval castle. The 16thC carved pew ends come from St. Andrews Church in South Huish near Kingsbridge which is now a ruin cared for by(this sounds so sad) the Friends of Friendless Churches. In 1866, when parts of it were already 500 years old, the parishioners of St.Andrews decided that the repairs it needed were far beyond their means and it was abandoned. The pew ends were given to the 11th Earl of Devon, who converted the Powderham grange into the chapel in1874."

But this bit of panelling may have arrived in the present day, original and complete. 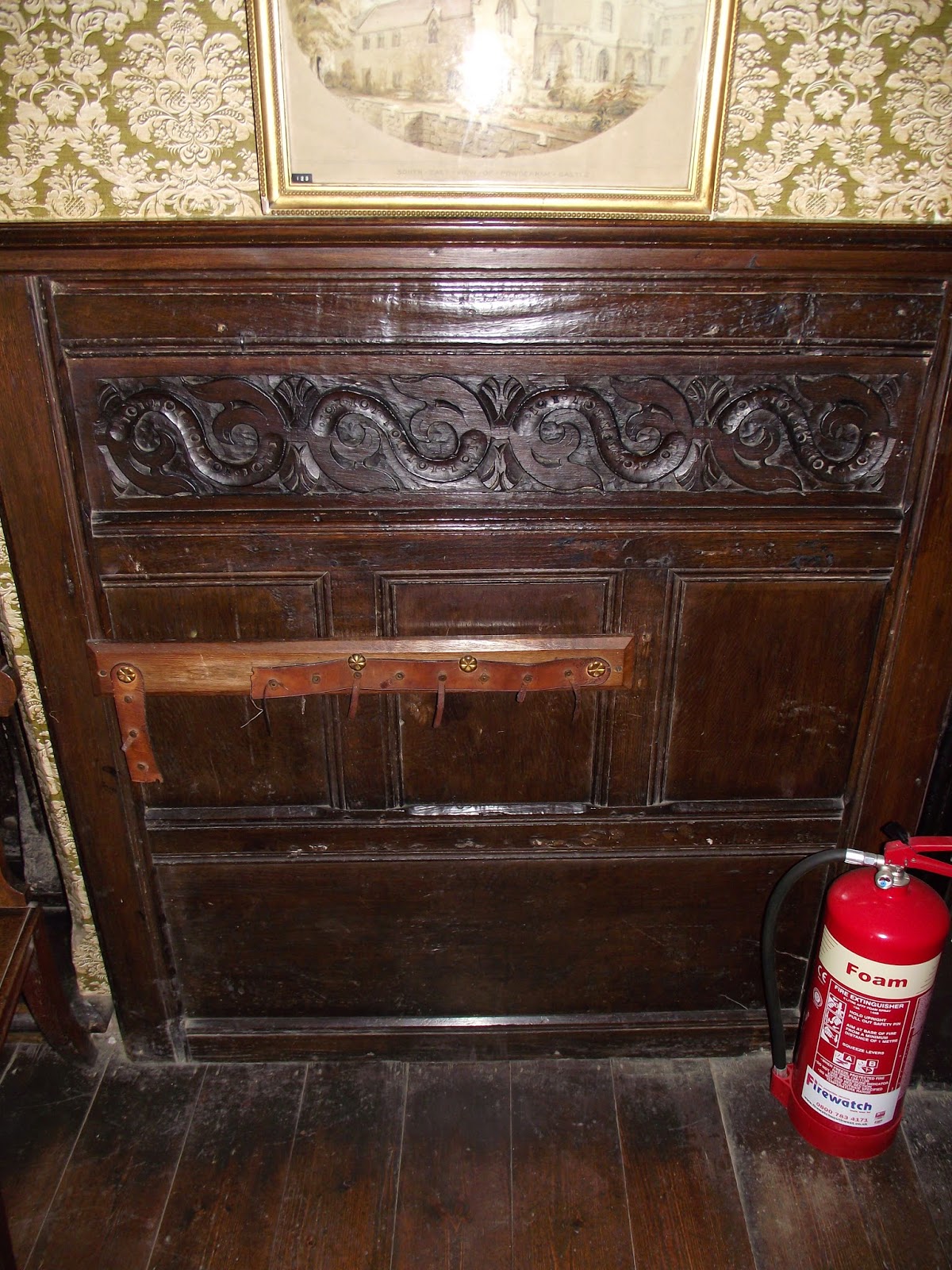